During the first year of research and development, GLAMOUR has already reached some interesting results. Argent Energy has made significant progress in the purification of glycerol. Tests of different glycerol feedstocks were conducted at the University of Manchester and progresses were made in improving quality with a simple purification step.  Current technologies to produce liquid synthetic fuels on an industrial scale has been reviewed by Siirtec Nigi and Gas to Fischer-Trospsch liquid (GTL-FT) was chosen as a commercial benchmark. C&CS is developing Ni-based reforming catalysts with compositions and surface properties tailored to the intended application conditions. An initial sample has been sent for catalytic activity testing at CSIC, showing promising results in initial glycerol reforming tests. TNO, together with TU/e, VITO, INERATEC, C&CS, is developing a tailor-made (3D printed) Fischer-Tropsch (FT) catalyst. TU/e started with modelling and created a first FT-2D model, which represents a starting point to study a variety of geometries and optimise heat management within the structure. INERATEC has performed the testing on stat-of-the-art FT reactor to benchmark the performance with different syngas composition. In parallel, VITO started with the first 3D prints using commercial catalyst powder and using bi-functional catalysts prepared by TNO. CiaoTech is focusing both on the identification of stakeholder and market and technology trends for a successful exploitation of the project results and on the dissemination of the GLAMOUR progresses. 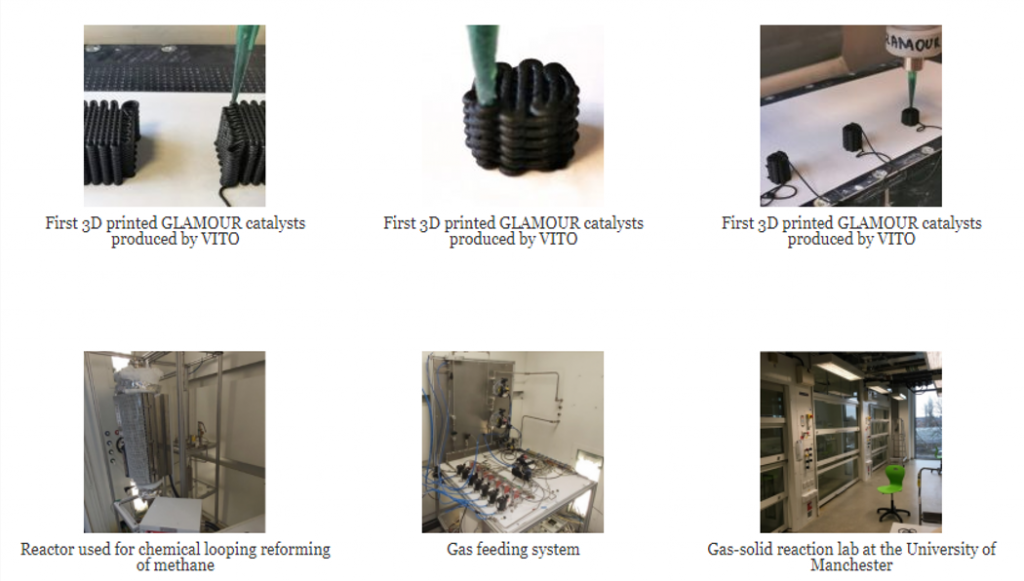 GET IN TOUCH WITH US

Have a question or feedback
about GLAMOUR?

Subscribe to receive the GLAMOUR
newsletter with latest news and events.

SUBSCRIBE
We use cookies to ensure that we give you the best experience on our website. If you continue to use this site we will assume that you are happy with it.Ok